The legend of King Midas

Preface: The Institute Avaroid stands in the tradition of important thinkers, scientists and explorers. The cultural history department is currently researching further on the history, other findings are published at irregular intervals at this point.

Dionysus and his entourage pass through the land. Accompanied by satyrs and all sorts of creatures, one is lost: Silenus, friend and teacher of the god. Drunk and reeling wandered the old man on the paths and fields of the vast country. Phrygian peasants find the form and return it to their ruler, King Midas, who are the companions of the Holy Guild recognizing immediately a lavish party for the guest. Ten days and nights celebrating the palace the arrival Silenus, then brings the missing Midas his pupil back. The sad God, relieved at the return and integrity of his teacher, granted the king for his hospitality one wish. This does not have to think twice, because one loves the ruler of all: gold. So he asks Dionysus that everything he touch, may be transformed into the noble metal. The God redeemed his promise and Midas tested once his new fortune. He breaks the young shoots of oak: he immediately turns to gold. A stone receives his touch and shines quickly in matt gloss. The young ears, it clips gently already glows the pitch. The king can not believe his luck and goes back to his palace. Hungry and thirsty from the long walk, he wants to eat and drink. But as soon as his hands get the food, they shine nice and inedible and the wine freezes in his cup. The King scares and fears for his life. Reich and miserable he asks desperately for forgiveness for his foolish desire. Dionysus heard the complaint and acknowledges the insight of Gold afflicted. He instructs the king to wash his greed in the source of a river near the town of Sardis. Midas approaches the healing waters, throws himself into the flood and the current carries the hated gift on golden waves continued.

After release from Gold Curse Midas wanted to find out, together with his closest advisors, like him had to be blinded. He wanted to protect in the future before greed. They examined the gold that Midas had to come about, deformed, shattered and melted it and in the light of the flames found it beings who lived in the light. There were Avariten, ghostly parasites whose favorite pastime was to overthrow the man by his greed to ruin. Midas and his advisers were studying the Avariten. With the knowledge that accumulated over time, they began weapons for hunting to develop it. The sign of the hunters was the Phrygian cap. The Avariten displeased this development deeply. They assailed the horsemen of the Cimmerians and let them grow in the desire for the gold of the Phrygians. In their madness, the Cimmerians destroyed the Phrygian kingdom and the knowledge of the Avariten.

3,000 years after the death of King Midas, Edwin H. Land, inventor of the Polaroid camera, and Vilém Flusser, an eccentric philosopher, took part at a meeting of the OSA in part, in which a young archaeologist was invited on the use of optical systems to speak in ancient cultures. He had participated in excavations at the grave mound of Midas and had encountered blackboards full signature. He claimed to have deciphered the dead, Phrygian Scripture and told of reports of an ancient federal existed about the Phrygian king around. With camera-like devices and blackened brass plates, they hunted ghostly beings living in the light. He was convinced that these creatures were responsible today for crises and wars. During the lecture, almost all those present left the room, only Flusser and country listened to him. Both were fascinated by his reports and wanted that he held it up to date. From then on they might receive the research reports from Turkey, were translated articles Avariten as they steered the people, the Phrygian kingdom destroyed and fed on cognitive dissonances. Until one day the news of the young man’s death. An excavation helpers had quarreled with the man to a found text panel and killed him there. A little later, they found the body of the murderer, he killed himself. The panel was gone. Avariten were responsible for the incidents, which Flusser and country were convinced. They decided to explore the techniques of ancient German in secrecy. The world should be finally freed from Avariten. Flusser decrypted further texts, country worked on a camera according to descriptions of the Federation and by working together they held soon the first integral movie and the SX70 in hands. The problem was that a prisoner Avarit could be kept for a few days in the chemicals. Flusser and country working lifetime feverishly on a solution. But the final fixing of Avariten they failed. Before both 1991 died, they tasked the son of Lands Assistant continue the search.

The son of Edwin Herbert Lands wizard was today’s Institute Director Patrick Richter. Early part of the federal, he devoted his life to finding the final fixing method. He went on the trail of murdered archaeologists, trying to make the lost panel identified. He found what he was not far from the former excavation site. The house of the murderer stood since the incidents empty in the 60s and the concentration of Avariten in the building was more than striking. Since he did not with this amount Avariten alone would be ready, Patrick Richter roamed the region and strategies considered to finally be able to hold the board in his hands. On one of his expeditions he met the former photographer and current institute director Thomas Blank. Speaking both quickly realized that they were working on the same topic: greed. Patrick Richter chose Thomas Blank in the knowledge of the activities of the Federal inaugurate and together they managed to salvage the panel with the ancient knowledge. After successfully securing a first Avariten they decided to transfer the federal government in an official research institute. The birth of Avaroid. 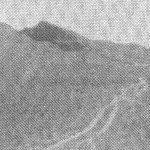 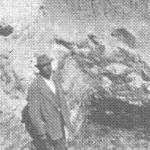 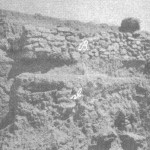 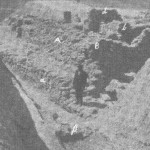 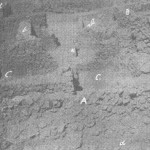