The group photo of the 8th US-Chinese Internet Industry Forum in Seattle from September 23rd shows the CEOs and founders of the world’s largest Internet companies, which represent an estimated value of $ 2500 billion. The image analysis of Avaroid showed an enormous potential which could probably be due to the background of the security officer, who represents only an estimated value of $ 0.000000502 billion. The resulting visual degradation was probably the cause of the drastic alert of the analysis software. 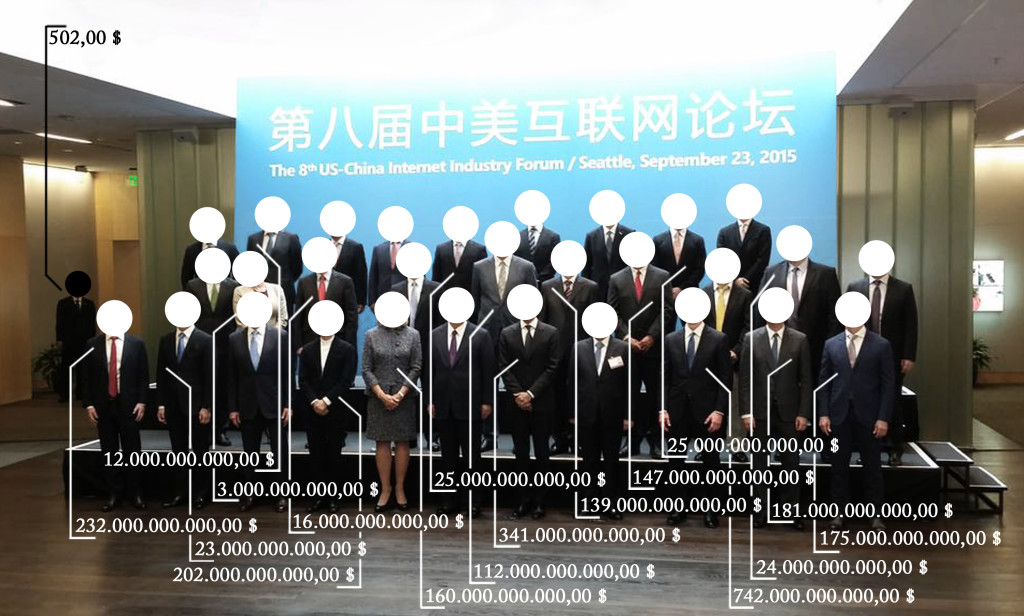